A refugee is a person who, due to a well-founded fear of persecution, for reasons of race, religion, nationality, membership of a particular social group and membership of a particular political party, is outside his country of nationality and does not want protection from that country. The refugees, seeking protection in countries that have ratified the 1951 Refugee Convention and the 1967 Protocol or what is often referred to as a third country. This study describes and examines issues, first, regarding the handling of refugee flows in Indonesia according to the perspective of International Refugee Law. Second, Regarding the legal consequences when Indonesia did not ratify the 1951 Refugee Convention agreement and the 1967 Refugee Protocol regarding the status of Refugees to international Refugee law. This study is a descriptive doctrinal legal research. The source used is primary legal material consisting of legal products such as the 1945 Constitution, Laws, International Treaties and other Regulations relevant to Refugee Handling activities. The results of the research show that first, the action of handling refugees in Indonesia from the perspective of international refugee law has been able to realize some of the most important principles of the 1951 Convention and the 1967 protocol on refugee status that is not refoulment, non-expulsion, no differentiate (non discrimination) and also do not commit criminal offenses for refugees who enter Indonesian territory. Secondly, Indonesia as a transit country for asylum seekers and refugees experiences a buildup of refugee flows due to the process of granting an uncertain status of time from UNHCR and moreover, a third country limits the acceptance of refugees. Indonesia did not ratify the 1951 convention and the 1967 protocol and therefore Indonesia did not have the authority to grant refugee status because the granting of status was in the hands of the UNHCR, this was a legal consequence and consequences carried by Indonesia when it did not ratify the 1951 Convention and the 1967 Protocol.

This work is licensed under a Creative Commons Attribution-NonCommercial 4.0 International License. 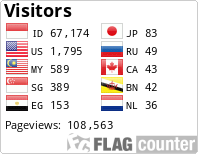